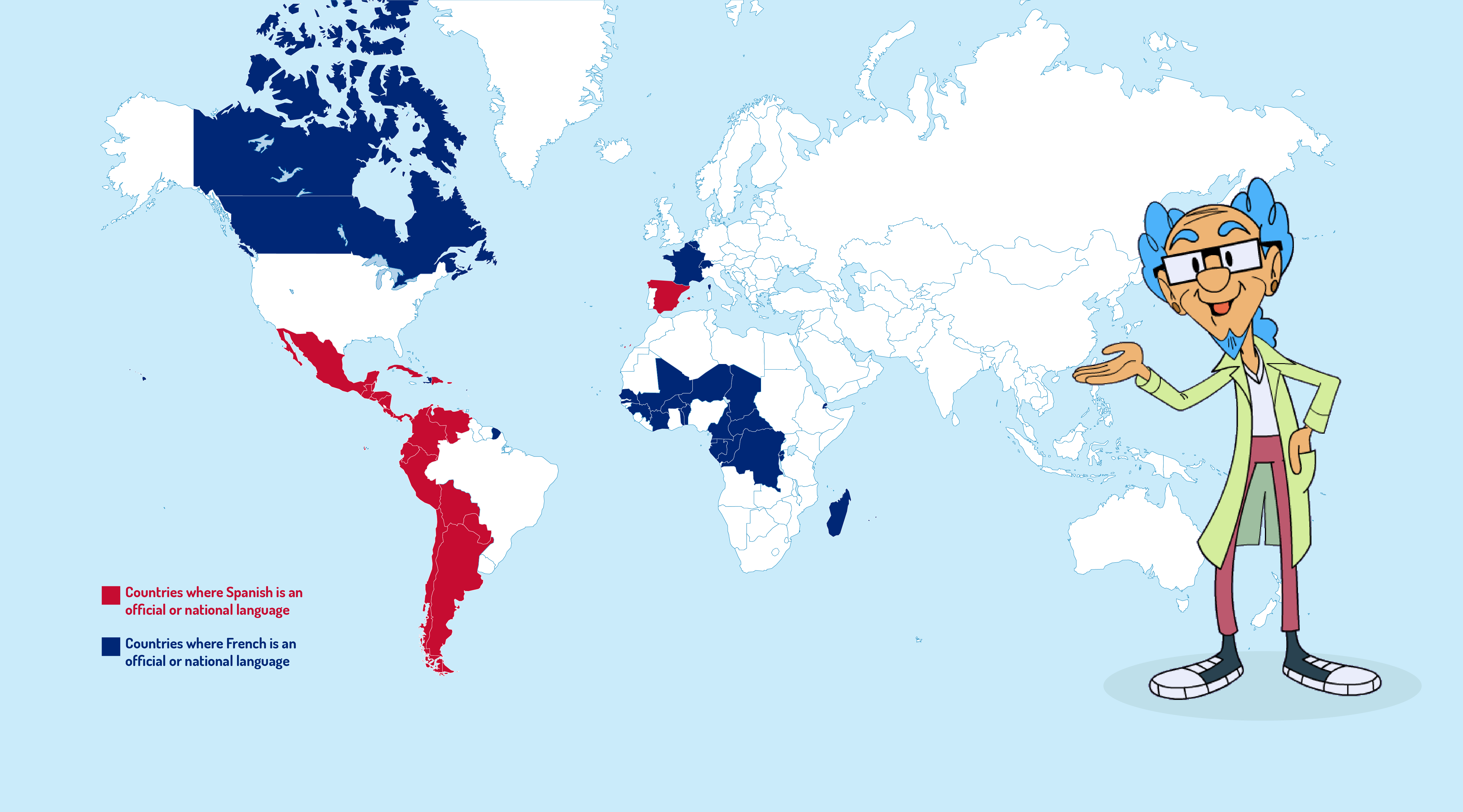 Spanish and French is an official or national language in the following countries:

Countries where Spanish is an official or national language

Countries where French is an official or national language
Start planning your trip!

• Approximately 414 million people speak Spanish as a native language, which puts it in the number two spot in terms of number of native speakers worldwide—take that English! (In case you’re wondering, Mandarin is number 1 at 960 million native speakers!)
• Spanish is one of the most popular languages to learn as a second language with 20 million students of Spanish as a foreign language.
• Spanish is the official language in 20 countries, but is spoken in many more (like the U.S., where it is the second most used language).
• Over 220 million people around the world speak French as a native or second language.
• French is the second most commonly taught language in the world (English being #1). French is spoken in France (duh!) but it is the official language in 29 countries.
• A study suggests that French may be the language of the future, with the projection that French will be spoken by 750 million people by 2050.